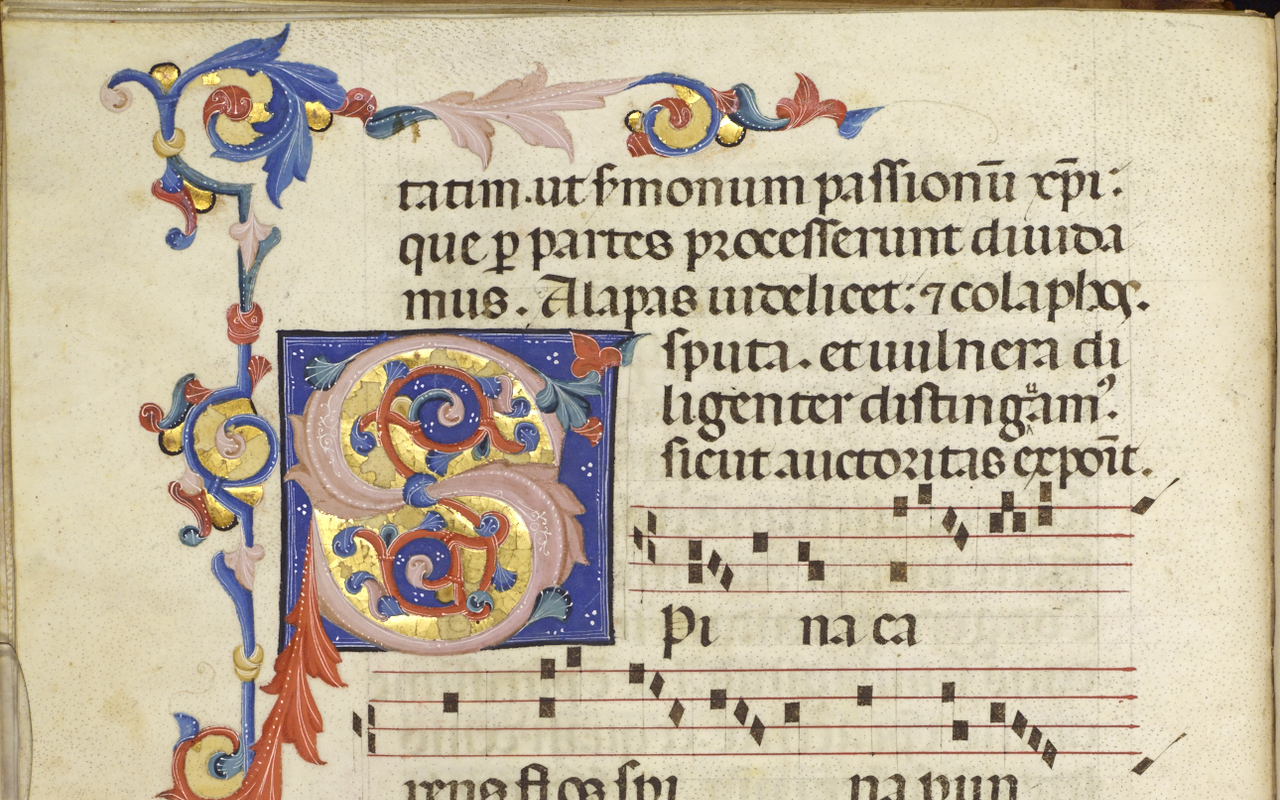 Contents: Offices of the Crown of Thorns, St Matthew, and Virgin Mary only. Musical notation.

Provenance: Various commentators have proposed that this Antiphoner was originally produced for the church of Santa Maria della Spina in Pisa. The church was given that name in 1332 after receiving a relic of the Crown of Thorns; the inside front cover of the volume contains the inscription "Pisa Sept. 1837".

The manuscript was for a time in the possession of C.W. Reynell, and sold in the 1895 Sotheby's sale to Henry Young, a bookseller in Liverpool. It then came to the University of Liverpool in 1950 (accession no. G35608.), presented by the conductor Sir Adrian Boult, whose father Cedric Boult had acquired it. Adrian Boult's connection with Liverpool began in the First World War when he was conductor for the Liverpool Philharmonic Society, and in 1947 he received an honorary degree from the University of Liverpool. Photographs of the degree ceremony can be found in the University Archives (P1003/39-44).

Published citations: Blezzard, J., S. Ryle, and J. Alexander (1987), 'New perspectives on the Feast of the Crown of Thorns', Journal of the Plainsong and Medieval Music Association, 10, pages 23-45.

Maurey, Yossi (2019), The Dominican Office and Mass for the Crown of Thorns, Kitchener, Ontario, Canada: The Institute of Mediaeval Music.